Leave a comment Posted by Alexander M Zoltai on April 19, 2017 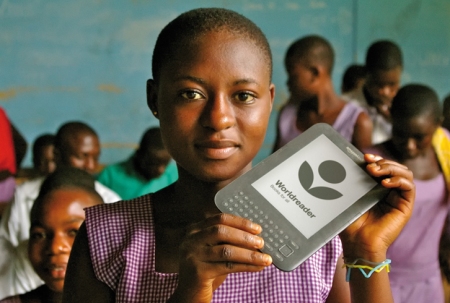 Just in case you didn’t know, UNESCO is the United Nations Educational, Scientific, and Cultural Organization, based in Paris, France.

And, they organize World Book Day (held April 23 in some places…)

Amazon is jumping in to help three literacy organizations this year:

I’ve never written about the first two; but, this makes the 10th post about Worldreader (to read them all, click here…)

I got an email today from Worldreader about a new program they’re kicking off on Sunday, April 23rd:

If you take that last link you’ll find 6 e-books that you can donate for $1.00 each and have them sent directly to students in Ghana and Kenya…

Oh! You can also decide to send multiple copies of each book to multiple students :-)

It looks like it might be only for folks in the U.S.A.; but, they do accept Dollars, Euros, and Pounds…

And, the books (as you’ll see if you take the last link) are stories that take place in the country the students are from…

Worldreader is headquartered in San Francisco with offices in Barcelona, London and Accra.

Leave a comment Posted by Alexander M Zoltai on March 3, 2016

There are at least two World Book Days…

Today is World Book Day in the U.K. and Ireland. 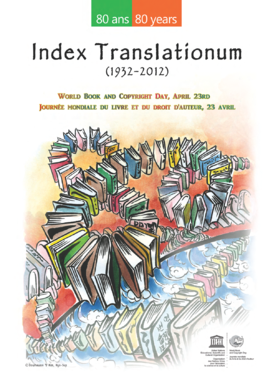 April 23rd is the World Book Day sponsored by the United Nations.

“The connection between 23 April and books was first made in 1923 by booksellers in Catalonia, Spain. The original idea was from the Valencian writer Vicente Clavel Andrés as a way to honor the author, Miguel de Cervantes, who died on this date. In 1995 UNESCO decided that the World Book and Copyright Day would be celebrated on 23 April, as the date is also the anniversary of the death of William Shakespeare and Inca Garcilaso de la Vega, as well as that of the birth or death of several other prominent authors.”

And, here’s the reasoning for the U.K./Ireland celebration today:

“This date came about after serious thought and lengthy discussion to ensure that we were making the best decision for all participants and our supporters. We take into consideration religious holidays, school terms and potential conflict with other charitable activities.”

What would you do, if you knew it was World Book Day, to celebrate it?

Honoring The Words of A Literary Critic on World Book Day

Today is World Book Day, founded by UNESCO, but celebrated in the U.K. in March. 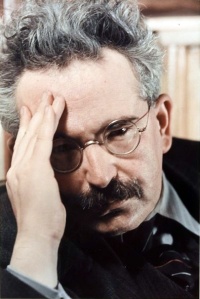 Ironic if you watched yesterday’s video, The History of English :-)

And, being a writer who blogs five days a week about Reading, Writing, and Publishing, World Book Day makes me think about writing more than reading…

So, to add to the irony and to honor a literary critic who committed suicide in Portbou at the French–Spanish border while attempting to escape from the Nazis, I give you THE WRITER’S TECHNIQUE IN THIRTEEN THESES by Walter Benjamin.

Take them with wit and deep consideration—if they can work for you, use them, if they seem wrong, write until you have found your own “rules” :-)

1.       Anyone intending to embark on a major work should be lenient with himself and, having completed a stint, deny himself nothing that will not prejudice the next.

2.        Talk about what you have written, by all means, but do not read from it while the work is in progress. Every gratification procured in this way will slacken your tempo. If this regime is followed, the growing desire to communicate will become in the end a motor for completion.

3.       In your working conditions avoid everyday mediocrity. Semi-relaxation, to a background of insipid sounds, is degrading. On the other hand, accompaniment by an etude or a cacophony of voices can become as significant for work as the perceptible silence of the night. If the latter sharpens the inner ear, the former acts as a touchstone for a diction ample enough to bury even the most wayward sounds.

4.        Avoid haphazard writing materials. A pedantic adherence to certain papers, pens, inks is beneficial. No luxury, but an abundance of these utensils is indispensable.

5.        Let no thought pass incognito, and keep your notebook as strictly as the authorities keep their register of aliens.

6.        Keep your pen aloof from inspiration, which it will then attract with magnetic power. The more circumspectly you delay writing down an idea, the more maturely developed it will be on surrendering itself. Speech conquers thought, but writing commands it.

7.        Never stop writing because you have run out of ideas. Literary honour requires that one break off only at an appointed moment (a mealtime, a meeting) or at the end of the work.

8.       Fill the lacunae of inspiration by tidily copying out what is already written. Intuition will awaken in the process.

10.        Consider no work perfect over which you have not once sat from evening to broad daylight.

11.       Do not write the conclusion of a work in your familiar study. You would not find the necessary courage there.

12.        Stages of composition: idea — style — writing. The value of the fair copy is that in producing it you confine attention to calligraphy. The idea kills inspiration, style fetters the idea, writing pays off style.