Ever Read a Sentence You Thought Was a Masterpiece?

Leave a comment Posted by Alexander M Zoltai on September 7, 2016

Ever read something at Aeon? 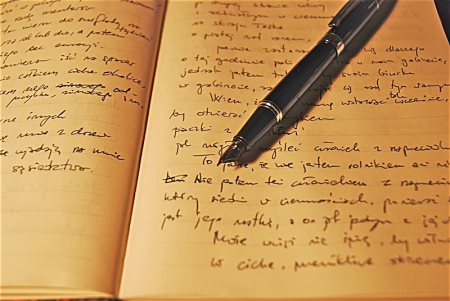 You probably know “aeon” means a long period of time; but, among its other meanings is “the personification of an age”.

But, here’s some of what Aeon says about itself:

“Aeon is a digital magazine of ideas and culture…some of the most profound and provocative thinking on the web. We ask the big questions and find the freshest, most original answers, provided by leading thinkers on science, philosophy, society and the arts.”

I made sure I signed up for email alerts from them, to feed my general reading needs and to find articles to report on here…

Today’s post is my first report from the Aeon-front.

The article is by Jenny Davidson: “…professor of English and comparative literature at Columbia University, where she specialises in 18th-century literature and culture, intellectual history and the contemporary novel in English.”

The article is called, Simplicity or Style: what Makes a Sentence a Masterpiece?

“A great sentence makes you want to chew it over slowly in your mouth the first time you read it. A great sentence compels you to rehearse it again in your mind’s ear, and then again later on. A sentence must have a certain distinction of style – the words come in an order that couldn’t have been assembled by any other writer.”

Perhaps not, since one of the examples she uses is this:

“It was a bright cold day in April, and the clocks were striking thirteen.”

Jenny says this about it:

“The sentence is initially unassuming, simply descriptive, but in the startling final detail Orwell achieves estrangement, establishing the alternate nature of the novel’s historical reality with economy and force.”

Another sentence example she gives is from William Gibson’s debut novel, Neuromancer:

“The sky above the port was the color of television, tuned to a dead channel.”

If you want to think deeply about sentences, do go read the full article…

“If we think of a library as a city and a book as an individual house in that city, each sentence becomes one tiny component of that house. Some are mostly functional – the load-bearing wall, the grout between the bathroom tiles – while others are the details we remember and take away, perhaps recalling their texture and colour when we assemble our own verbal dwelling-place.”

Is There Still Space in Our Digital World for Long-form Writing?

What’s a long read for you? 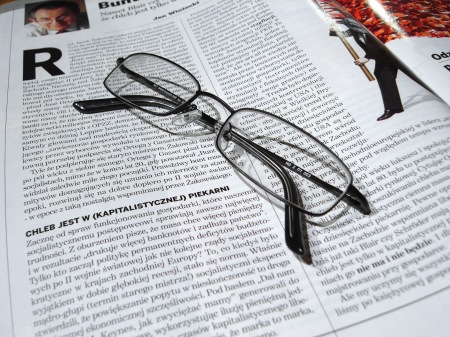 Is there a future for reading “Long” pieces??

I stumbled on an article in New York Magazine—The Future of Reading, According to Longform.

Here are just a few excerpts:

“Longform.org is one of a handful of websites that made an early bet on the survival of feature writing in a click-bait world.”

“Linsky and Lammer [the founders] say they value readers, writers, and publications equally, but the first two are really at the core of their philosophical pitch. Having begun by aggregating their own picks, now they’re giving readers and writers (who’ll share their own favorites) the tools to do the same: every reader a publisher, every writer a magazine.”

And, just a bit from Longform’s site:

“Longform is proud to be sponsored by Pitt Writers, the University of Pittsburgh’s Writing Program.”

I’ve checked out Longform’s site, looked through the titles of the first 120 articles in Arts and Culture (there are many other categories…) and selected three to link to here. There are only three since I wasn’t looking for stuff that would interest me but what I thought appropriate for this blog’s readership:

George Orwell’s Why I Write

An interview with author Joan Didion

And, The Book On Publishing about “…author, Chad Harbach, who had spent a decade on a novel his friends thought he’d never finish.”

Longform has also recently released an App for iPhone and iPad.

I mentioned it to my Best Friend, author Jane Watson, and she agreed to give it a try and write-up her impressions:

“When I first saw Longform I was sceptical. My iPad is littered with apps that purport to keep me in touch with what is happening in newspapers, magazines, the writing world, the tech world, or any other world you care to name. I have never found any of them to really satisfy my needs.  All they really seem to do is push me information that I do not want to read, at that moment, or that I never wanted to read, in the first place. After a brief period of infatuation I usually stop using them.

“So I approached this app with trepidation.  I began tentatively. I started off with ‘Staff Picks’, went on to ‘Explore’ and then moved into the quite foreign area, for me, of ‘Following’ (I don’t tweet and this sounded a little chirpy to me :-) —  but in the ‘Category’ of ‘Writers to Follow’ I was soon browsing through all the recent articles about, or by, Zadie Smith, I was following several other writers,  and I was beginning to enjoy myself. After feeling a little lost, I began to relish walking through a labyrinth with a meaningful surprise just around each corner. Many categories allow you to choose two ways to examine their information by either selecting ‘Publishers’ or ‘Writers’. In this way you can examine a topic in a more two dimensional way – books, newspapers or magazines that deal with it, or writers who deal with it.

“By the time I found myself actually reading an article about a man who, for decades, went through the trash can of John Updike, collecting a treasure trove of his discarded stuff, in a creepy but perhaps fascinating way, that may have totally violated Updike’s privacy,  I knew I had fallen in love.

“I think that this is an invaluable app for anyone who is seeking to gather information and opinions on a topic. I found the tangents it gently lead me off on very inspiring and thought provoking and Longform could be an app which helps seed some very interesting story ideas for a writer :-)

Fiction Writers’ Alert ~ Your Words May Be Seen As A Threat . . .

Leave a comment Posted by Alexander M Zoltai on September 3, 2014 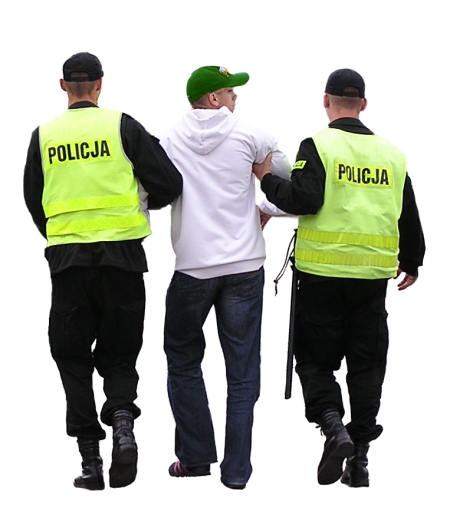 In Maryland, a Soviet-Style Punishment for a Novelist

This teacher’s novel, The Insurrectionist, was published in 2011…

Recently, he was suspended from work and made to undergo mental evaluation…

It’s not clear if he’s been arrested…

Yes, the teacher/writer worked at a school…

Yes, there have been many school shootings in the USA…

But, the book came out three years ago and depicts events that happen some 900 years in the future…

Yes, the suspect had built a model of his school in his backyard…

Still, the authorities are not being completely forthcoming…

How much of our lives these days seem like some weird novel?

Where is the line between fiction and reality; and, is there a “line” or some unclear fringe of overlap?

When should the authorities be troubled by a writer’s fiction?

Should the authorities be troubled by fiction?

Orwell was in his death throes as he wrote 1984…

When his publisher received the manuscript, he said it was “amongst the most terrifying books I have ever read”.

He wrote an in-house memo saying, “if we can’t sell 15 to 20 thousand copies we ought to be shot”.

If you’re a creative writer, do you have a story inside you that you fear could bring the authorities’ power to bear on your life?

That was also the year George Orwell published his essay, Politics and the English Language.

In that essay he exposes a “catalogue of swindles and perversions” that writers were using:

But, George also conducted an experiment that increased his empathy—helping his own writing…

I found the etymology of empathy particularly interesting:

And, it’s last sentence is even more interesting:

“A term from a theory of art appreciation that maintains appreciation depends on the viewer’s ability to project his personality into the viewed object.”

So, if you read Orwell’s essay, you’ll certainly pick up a few tips to improve your writing.

And, if you watch this video, you’ll find out about his Empathy Experiment :-)

What Motivates Authors To Write ?

Are there disembodied spirits that give authors ideas?

Do the Muses guide the writer’s hand?

Is all that an excuse for a more rational process that’s so complex mere mortals fail in attempted descriptions?

Back in September of 2011 I wrote the post Why Do Humans Write? which contains a fascinating explanation by Gwenette WriterSinclair and includes some speculative questions about the evolutionary roots of writing…

There are also over 30 Author Interviews here that have lots of insight into writers’ motives.

Maria Popova writes for The Atlantic and has, along with links to writing tips from Kurt Vonnegut, David Ogilvy, Henry Miller, Jack Kerouac, and John Steinbeck, shared Why I Write: George Orwell on an Author’s 4 Main Motives.

Sheer egoism “Desire to seem clever, to be talked about, to be remembered after death, to get your own back on the grown-ups who snubbed you in childhood, etc., etc.”

Aesthetic enthusiasm “Perception of beauty in the external world, or, on the other hand, in words and their right arrangement.”

Historical impulse “Desire to see things as they are, to find out true facts and store them up for the use of posterity.”

Political purpose “Using the word ‘political’ in the widest possible sense. Desire to push the world in a certain direction, to alter other peoples’ idea of the kind of society that they should strive after.”

Popova includes more of Orwell’s explanations in the article and I need to excerpt the last one:

“Looking back through the last page or two, I see that I have made it appear as though my motives in writing were wholly public-spirited. I don’t want to leave that as the final impression. All writers are vain, selfish, and lazy, and at the very bottom of their motives there lies a mystery. Writing a book is a horrible, exhausting struggle, like a long bout of some painful illness. One would never undertake such a thing if one were not driven on by some demon whom one can neither resist nor understand. For all one knows that demon is simply the same instinct that makes a baby squall for attention. And yet it is also true that one can write nothing readable unless one constantly struggles to efface one’s own personality. Good prose is like a windowpane. I cannot say with certainty which of my motives are the strongest, but I know which of them deserve to be followed. And looking back through my work, I see that it is invariably where I lacked a POLITICAL purpose that I wrote lifeless books and was betrayed into purple passages, sentences without meaning, decorative adjectives and humbug generally.”

Do you agree with Orwell?

Do other motives move your writing?

Are you aware of other writers with quite different motives?

Are you the type of person who wonders where these motives come from?