#SocialNetworking is Fading Away?

Leave a comment Posted by Alexander M Zoltai on May 4, 2016

I’ve tagged quite a few posts here with Social Media and Social Networking; but, I didn’t see a tremendous difference between the two terms. 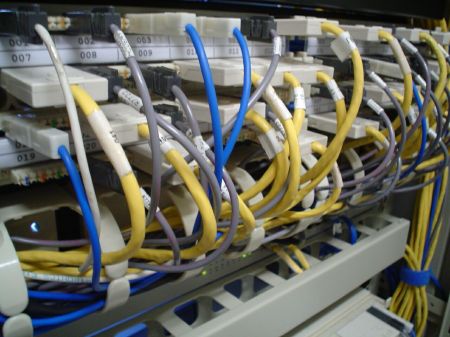 Along comes Mike Elgan and I’m finally starting to see a decided difference; just as one is, apparently, disappearing…

Mike has over 5 million followers on GooglePlus and nearly 30 thousand on Twitter.

He’s touted as “The world’s only lovable tech journalist” and is a columnist for publications including Computerworld, Cult of Android, Cult of Mac, Forbes, Datamation, eWeek, and Baseline.

I first read him on the site TechConnect in the article, I’m calling it: Social networking is over.

So, concerning the difference between those two “social” phenomena, here’s what Mike says:

But, Mike claims social networking is going away:

I do suggest, if you count on what you call social media (but might be social networking) for your business or career, you go read Mike’s full article (even if you just use social sites for keeping up with friends, you might need to read the full article…)—I’ll just give you a few more excerpts to make going there a bit more appealing:

“What’s happening is that social networking is being replaced or supplanted by three things.”

“The first is messaging.”

“The second is the general world of online distractions…”

“And the third is social media.”

So, whether you use these “social” sites for keeping up with folks or for promoting a book or for other personal behaviors, things are changing rapidly due to the actions of mega-corporations…

“Now the websites formerly known as ‘social networks’ are developing and exploring and evolving attention-grabbing activities that are not social networking. This process will continue until hardly anyone is doing social networking anymore.”

This post is part of the Friday series: Behind The Scenes of the story Notes from An Alien.

If you want to avoid having “spoilers” intrude on your enjoyment of the book, just grab a free copy and read it before you dive deeply into this series of posts—the book is short… and, deep…

You can also ask Any questions about the book in Any of these Friday posts :-)

Today’s article was prompted by a post on Google Plus by John DeNardo which linked to a post on SF Signal called Love Them Landscapes: The Unique Geography of Speculative Fiction.

He begins that article with: “It’s almost a given these days, especially with fantasy books–you open up the front cover and an enormous map sprawls out before you, denoting various continents, kingdoms, murky forests, coastal ports, and all the other bits and jots composing the world.”

When I was writing Notes from An Alien, a number of people said I needed a map of the Worlds to reduce confusion since the names were so similar.

I made an executive decision and didn’t include any maps…

Here’s a diagram I considered using:

It’s probably a bit confusing even with the diagram, eh?—all part of the alienness of the story…

So, the book has no charts or maps but, before I wrote it, I created all the Worlds in a 3-D Space Simulator called Celestia.

Using Celestia, I could move around in my Star-System and get used to living there…

I even packaged up all the files I used to create my Worlds so folks could use Celestia (free) and visit the Worlds of Notes from An Alien. ( Download and install Celestia then drop me a note at amzolt@gmail.com and I’ll send you the files and help you get them installed :-)

Now, I’ll show you the flat maps of the three primary Worlds (since they’re flat, areas at the top and bottom are distorted…):

And, since Angla-Palli orbits Beli-Pallos, I’ll include a picture taken inside the Celestia Simulator, from one of the Created Worlds, of that Gas-Giant planet, with its streams of Plasma…

Now, two excerpts from the book with close-up shots of the areas mentioned…

The farming family sat in their kitchen in the hills of Beselima, forty miles from Babur, overlooking the Vesun River.
Helmos, the father, said to his wife, Murlum:
“We can’t make the quota.”
“But, we must or the children will suffer.”
The children—Nesur, twelve; Albes, six; and Iti, five—sat with intense interest in the conversation.
“Murlum, if we can’t, we can’t. So, we must find a way to transfer the children to a safer place.”
“What place? Anla, with its religious idiots?”
“No. A place on Anga. A place I’ve heard of, with a family of Harians.”
“Oh, so dump them with local rather than alien religious idiots, eh?”

Not long after the dispatch of transfer pods paused, to give ShipOne time to return to the proper place in its orbit, a single pod prepared for descent. It contained Akla, Rednaxela, and Morna.
“Morna, check Akla’s coordinates again please.”
“They are fine. We’ll be landing in a deeply forested region of what the Anlans call the Unholy Lands in a country called Ceia-Abi, 50 miles from the main city, Oaur.”
“Yes, yes, I know. Sometimes you’re too consummate in your responses.”
“Thank you, Rednaxela…”
Akla returned from his lengthy meditation and said, “The Nari in this region are anxious for my arrival.”
Rednaxela countered, “Their knowing the time of your arrival is the one part of this plan that I truly don’t understand.”
“It is simple. I told them.”
“Yes, you’ve told me you told them but communicating through plasma waves can only convey general principles and emotions—  Why am I repeating myself?”
“You are trying to convince yourself that what I have done is impossible.”
“Yes.”
Morna chimed in with, “Detach.”

Are Writers Doomed To Be Isolated And Lonely?

I know quite a few writers but certainly not all writers.

Still, I want to think-out-loud about how they’re affected by all the time they spend alone…

And, for creative writers, “isolated” doesn’t necessarily mean “alone”—there are all those characters in their heads :-)

I imagine there are some writers who are both isolated and lonely; yet, I know many who have rich social lives.

Which brings me to ponder about writers who claim their job is to only write, that they aren’t capable of the “business” side—publishing and promotion.

If they don’t have a rich social life, they may well need other people to help make the “business” decisions.

If they have no problems being social, they could certainly, in my opinion, easily learn the “business” of writing.

I’ve put “business” in quotes four times now because, to me, that word doesn’t have to mean soulless activity that conflicts with a creative nature.

With all that said, so many writers—either thinking about self-publishing or realizing that traditional publishers want them to do most of the promotion activities—are facing what they feel is a necessity to deal with the “social networks”—Facebook, Twitter, Google Plus, Diaspora, etc….

Back in October, Joel Friedlander asked me to do a guest post—Second Life: Virtual Book Promotion and Word of Mouth.

“The anxiety I experienced with ‘social networking’ was that it wasn’t ‘social’ enough for me and the ‘networking’ had weak bonds. I need solid relationships for my book promotion endeavors. I’d rather reach a small group who love me than a vast herd who can tolerate me. And, if I can slowly and surely increase my reading-friends—create lasting bonds—the odds of those people promoting the book for me are much better.

“So, there I was, book-promotion-maverick seeking deep bonds, flailing about in a sea of temporary ‘friendship’ and uncertain ‘relationship’. I’m not trying to blame those Internet platforms. It’s just that I can’t find what I absolutely need in my approach to book promotion in those arenas.”

I did a post a few days ago that featured poet Sarah Kay.

I’m going to feature her again–performing her poem, Postcards.

Poetry lends itself to multiple interpretation and I hope you’ll share yours in the Comments :-)

To me, Postcards is all about my experience with “social” networks.……..

One week ago I was pondering Google+, a new way of doing social networking, in the post, Book Promotion & Social Networking Frenzy ~ Pondering Google+.

A few hours after I published that post, my blogging-buddy, Lindsay Buroker, sent me an invite for Google+ :-)

I gave a couple introductory links about G+ in last week’s post and I’ve been reading all the articles I can on what folks think and what it means in the Web’s social landscape and how to do things inside it.

That last part generated the best news I can offer, being only a week old as a G+ user–it’s not hard to get used to it :-)

All I had last week was a bad taste in my mouth from Facebook and Twitter and the hope that G+ would come through and create another dimension for my book promotion activities.

At the one week mark, I’m extremely satisfied with the Google+ experience and can see many ways to use it to broaden my connection with folks I already know and those I’ve wished I could know.

As far as finding people to follow, check out this G+ Directory; and do notice the links on the left side to narrow down your search…

And, for all you Readers, Writers, and Publishers, there’s literary/book people lists on Google+.

G+ is still in what they’re calling the “field test” stage but, heck, if it’s as good as it is right now, I can imagine it can only get way better!!

Does Google+ intrigue you?

Are you going to try it??

Take Part In Our Reader Survey

Get A Free Copy of Notes from An Alien

We’ve had a number of posts on this blog that consider book promotion.

I explored my attempts to incorporate Facebook and Twitter into my promotion mix and indicated why I barely use them now in the post: Do Pre-Publication Promotion And Sanity Go Together ? I also stressed in that post the importance of building relationships in all book promotion efforts.

Even though Facebook and Twitter are billed as social networking tools (and, even though many folks find them valuable for that), my path has reverted to concentrating on this blog and my time in the virtual world, Second Life.

However, in the past week or so, the Tech/Net news has been buzzing with speculations and some early tests of Google+, another social networking tool…

Amongst all the hype, I finally found an article that gives me hope for doing the social networking thing again: Google+ is Awesome. Facebook Maimed, Twitter Mortally Wounded?

Google+ is still in testing mode but appears to be worth a try once they open it up for everyone.

If people’s opinion about Google’s stock value is a fair indicator, there are plenty of Tech/Net folks ready to use it…

Do you use social networking for book promotion or any other important tasks?

Take Part In Our Reader Survey

Get A Free Copy of Notes from An Alien