I’ll begin with a huge generalization that I believe is hugely true:

Life is a writer’s fuel…

Notwithstanding that rather large truth (and realizing that there are truths within Truth), I said in a past post (about stealing time to read…):

“This means taking the time to read whole novels…”

And, while reading novels or novellas or short stories or microfiction or poetry provides Fuel for the WriterlyMind, articles and essays can also provide propellants…

Even though I can’t agree with every opinion of every writer in that magazine, they all can fuel writing prompts…

“Aeon is a digital magazine of ideas and culture. Since September 2012 we have been publishing some of the most profound and provocative thinking on the web. We ask the big questions and find the freshest, most original answers, provided by leading thinkers on science, philosophy, society and the arts.”

Next, from Jane Friedman‘s blog, the article, The Best Literary Fiction Blogs & Websites ( Be sure to go read what she says about each of these sources of WriterlyFuel ):

So, Really, What Is Bibliotherapy?

Leave a comment Posted by Alexander M Zoltai on November 7, 2016 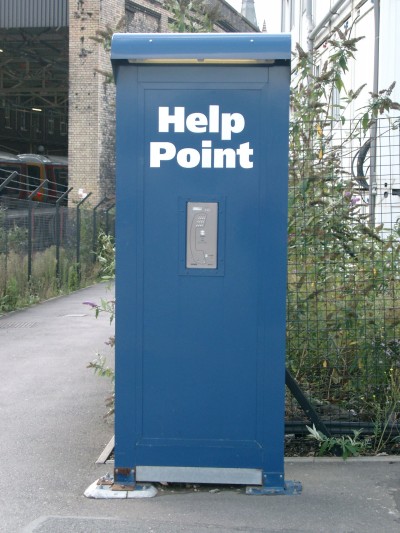 #Books and Your #MentalHealth

Can Fiction Really Be Good for What Ails You?

My Oxford dictionary defines “bibliotherapy” as:

“the use of books as therapy in the treatment of mental or psychological disorders.”

The other day, I discovered this article on the site, The Millions—Books Should Send Us Into Therapy: On The Paradox of Bibliotherapy by James McWilliams, writer and historian.

This particular excerpt jumped right out at me:

“If we concede that books can be therapeutic, then it seems appropriate to explore the potential pitfalls of asking literature to serve that cause. Of initial concern is the inherent presumptuousness of the endeavor.”

Yet, a bit earlier, when introducing a few links to influential articles about bibliotherapy, James said:

“The concept of bibliotherapy — a word coined in 1916 — long teetered on the edge of trendiness. But lately it has tilted toward truth.”

And, a bit later, he has this to say about novels as therapy:

“They aren’t narrative prescriptions. Even when done badly, novels are artistic expressions necessarily unmoored from reality, expressions that ultimately depend on idiosyncratic characters who act, think, and feel, thereby becoming emotionally, psychologically, intellectually, and even physically embodied — quite differently — in every reader’s mind.”

Then, James deals with the “darkness” of literature and how bibliotherapy can’t really deal with it…

Mr. McWilliams begins his summary with:

“The good news for bibliotherapy is that there are too many hardcore fiction readers who know all too well that concerted reading enhances the quality of their lives. A single book might destabilize, tottering you into emotional turmoil. But books — collectively consumed through the steady focus of serious reading — undoubtedly have for many readers a comforting, even therapeutic, effect.”

This is, imho, an excellent article.

Like Loading...
Uncategorized #Books and Your #MentalHealth, Bibliotherapy, Can Fiction Really Be Good for What Ails You, darkness of literature, every reader’s mind, idiosyncratic characters, James McWilliams, Self-Help Books, The Millions

Do You Write Vertically?

The ‘Net has a gazillion “tips” on writing—do this, don’t do that—unanchored bits of advice that can lead you straight into the pointless forest… 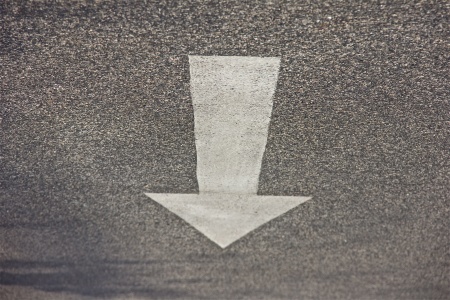 I found an article on The Millions that could give you a powerful way to find your own writing “rules”—Gestation of Ideas: On Vertical Writing and Living.

I’ll share a few quotes, along with my thoughts (reference is made to Andre Dubus):

“’I gestate: for months, often for years’, he begins…  Dubus likens ideas to a form of pregnancy, a self within the self. Stories ‘grow’ inside him.”

“Dubus writes an idea in a notebook, and then leaves it alone: ‘I try never to think about where a story will go.’ Planning is an act of control, and ‘I will kill the story by controlling it; I work to surrender.’”

I must admit that I do a bit of planning—control—when it comes to themes; but, I do love the feeling of letting the story lead me down its path…

“At my desk next morning I held my pen and hunched my shoulders and leaned my head down, physically trying to look more deeply into the page of the notebook. I did this for only a moment before writing, as a batter takes practice swings while he waits in the on-deck circle. In that moment I began what I call vertical writing, rather than horizontal. I had never before thought in these terms. But for years I had been writing horizontally, trying to move forward (those five pages); now I would try to move down, as deeply as I could.”

“Horizontal writing is focused on amassing pages and words. When Dubus wrote horizontally, he wrote convinced that fiction was created through aggregation. Vertical writing, in contrast, values depth over breadth. Stories are written when they are ready to be written; they are not forced into existence by planning or excessive drafting.”

Again, I admit I used this method, even if modified slightly because of theme-development, which can pre-determine a certain arc for the plot—still, my attention on what the book “wants” often changes what I thought the plot should be…

The author of the article continues:

“It is very possible, very easy, to be owned by our goals. To be owned by our next book. To be owned by the feeling that we are competing with a world that outmatches us. Vertical writing — vertical living — has convinced me otherwise. It has reminded me why I began to write as a child: the joy of discovery, the surprise of creation, the power of imagination.”

Can you listen for a story?

Can you let a story tell you where it wants to go?

Can you trust the urge to write and not constrain it with “rules” and ever-so-popular “tips”?

How Do You Begin A Novel?

Ever written a novel?

Ever started to write a novel?

Ever thought about starting a novel?

Do you plan-out the plot first?

Do you decide on who the characters are first?

Do you do all the research first?

Do you do some of all those things first?

Like many things about writing, it all depends on the individual writer; and, a writer may start one novel one way and another novel another way.

Plus, a writer may start a novel one way, tear it up, and begin again… another way…

If you’re a reader who’s never thought about starting a novel, take a moment and consider the issue………

I found an article in an online magazine called The Millions — “…offering coverage on books, arts, and culture since 2003.”

The article was written by Edan Lepucki, a staff writer for The Millions as well as a fiction writer and instructor.

The article is called, Ask the Writing Teacher: Novelists on First Drafts, and begins with a letter that says:

“I am a published fiction writer who is about to start writing a new novel. You would think, since I’ve already done this before, that I knew what I was doing. But I don’t. I am lost. Where do I start?”

Does that seem hard to believe?

I certainly hope some of the writers who read this blog will explain in the Comments how often this situation looms in the author’s life and how often the first draft of a novel can take a path the writer never imagined.

One comment I’ll make now is that each book (if it isn’t part of a close-knit series or is being written to some genre-formula) has “a mind of its own”—demands different approaches, working conditions, mind-set…

And, for any writer who wants to disagree with that last statement, I offer a consideration—would your work be better if you approached each book as a new creation that demands a fresh conceptualization?

Here are a few more excerpts from that article—the first sentences from responses the author received from some of her favorite writers:

Emily St. John Mandel—“My opinion is that you want to figure out character and plot in the first draft.”

Emma Straub—“I think my answer might be a little bit controversial — I think almost nothing is worth sweating in the first draft.”

Ivy Pochoda—“There’s a huge gap between what I need to know and what I do know when I begin a novel.”

Ramona Ausubel—“For me, the first draft is really just a big mud-rolling, dust-kicking, mess-making time in which my only job is to find the story’s heartbeat.”

Margot Livesey—“The thing I try to resist in writing my first drafts is getting too caught up in the sentences.”

Are These The Most Difficult Books to Read?

It appears Paulo Coelho has said (according to The Guardian) that James Joyce’s Ulysses has no content worth reading—“One of the books that caused great harm was…Ulysses, which is pure style. There is nothing there. Stripped down, Ulysses is a twit.”

Some folks would also rank Ulysses as a difficult book to read.

Two folks at the site The Millions (“an online magazine offering coverage on books, arts, and culture since 2003”) have, since 2009, been working to produce a Most Difficult To Read list…

In their 2009 article, Introducing Difficult Books, A Descriptive List (which has their first list), I found these clarifying excerpts:

“There will, doubtless, be those readers who look scornfully on our choices (“Psh. These aren’t that hard, you’re just not smart enough to read them“).”

“But this is also a list for those who, after breaking the spine, picked up the wounded volume, taped it back together, and finished that infuriating chapter, and another, and another… until, triumph!, it was finished at last. And, perhaps, now that we think on it again, having finished, could it be that it was worth the struggle? Could it be that in the pain of it was a tinge of pleasure, of value (not to mention pride)?”

Publishers Weekly recently posted an updated list of the 10 Most Difficult from the curators at The Millions:

Nightwood by Djuna Barnes, A Tale of A Tub by Jonathan Swift, The Phenomenology of the Spirit by G.F. Hegel, To The Lighthouse by Virginia Woolf, Clarissa, Or the History of a Young Lady by Samuel Richardson, Finnegans Wake by James Joyce, Being & Time by Martin Heidegger, The Faerie Queene by Edmund Spenser, The Making of Americans by Gertrude Stein, and Women & Men by Joseph McElroy.

Have you read any of these books?

Did you think them exceedingly difficult?