Leave a comment Posted by Alexander M Zoltai on September 18, 2014

I’ve done a few posts about residencies for writers—basically, a way to temporarily have their writing time “sponsored”, usually involving their living away from home. 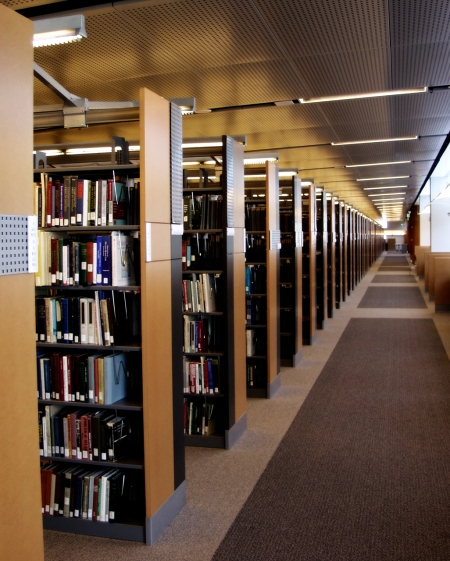 In February it was, Mobile Writer-In-Residence.

In March, Writing On A Long Train Ride ~ For Free?

And, May had Write A House ~ Quite A Deal.

Today, I’ll share a bit from an article in Library Journal—Libraries Welcome Writers in Residence.

First is a residency program not far from where I live, at the Public Library of Cincinnati, Ohio, USA.

“I think it lets us really show that we support writers in our community and that we are interested in local writers, local authors, local content—that we are a place for literacy in the community…”

“The writer will be given a $10,000 stipend and required to conduct a writer’s workshop, speak at four community events, and participate in select library promotions.”

The other program is offered by Coffee House Press.

They were only offering residencies in Minnesota but recently sponsored one in New York City as a prelude to an “expansion to produce more library residencies across the United States, and to create a program to serve as a model for other libraries.”

“What we hope to do is to inspire other libraries to collaborate in this way, in a way that provides the writer and artist space and time to work on their own project and create something that helps promote the library and the great things that libraries are able to do for people.”

Their In The Stacks page has this further description:

“Each resident artist will ‘collaborate with the collection’ to create new work. In addition, they will post dispatches on the In the Stacks tumblr and partnering library blog during the residency, chronicling their day-to-day activities.

“The end results, ranging from essays, fiction, and poems to old-fashioned book reports, will serve as a resource to help libraries engage with their own constituents and to incorporate arts organizations and educational groups in creative programming. Writers will present their new work in a public reading at the culmination of the residency.”

Writing On A Long Train Ride ~ For Free? 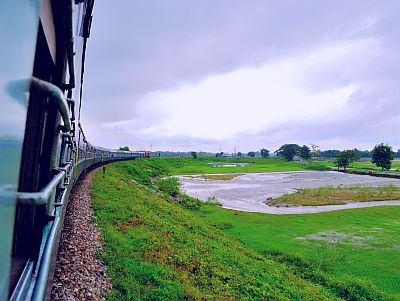 Basically, a writer packs up and goes somewhere to relax and focus and Write…

And, now, Amtrak (in the USA) is accepting applications for [according to The Wire] “…one free round-trip ticket on a long-distance train, complete with a sleeper car that has a bed and a desk [and outlets] and ‘a window to watch the American countryside roll by for inspiration’.”

“Neither the application nor the terms and conditions say that food will be provided, but I actually traveled in an Amtrak sleeper car last year and meals were included as part of the ticket. A ticket that I, like an idiot, paid for. If only I had known!”

One last bit from The Wire:

“While you have until March 31 to apply, it’s best to do so as soon as possible, as entries as being judged on a rolling basis starting March 17.”

“Routes will be determined based on availability.”

Also, they stipulate they’re only accepting “…Legal residents of the 48 contiguous United States and the District of Columbia…“.

“A passion for writing and an aspiration to travel with Amtrak for inspiration are the sole criteria for selection. Both emerging and established writers will be considered.”

“Residencies will be anywhere from 2-5 days, with exceptions for special projects.”

What is a Writer-In-Residence?

Well, basically, a writer who’s living somewhere so they can concentrate on writing.

Somewhere other than their home…

I’m going to reveal a new type of “residency” that moves around and is free; but, if you want to explore all kinds of residency programs for all kinds of artists, try res artis…

If you don’t want to jump right into the wide sea of possible residencies and just want to see a small range of fascinating residency options, visit Aerogramme Writers’ Studio.

For a bit of advice on landing a residency opportunity, try American Short Fiction blog.

Jessica Gross has a piece in the Paris Review where she says:

“Alexander Chee…said..that his favorite place to work was on the train. ‘I wish Amtrak had residencies for writers’, he said. I did, too, so I tweeted as much, as did a number of other writers; Amtrak got involved and ended up offering me a writers’ residency ‘test run’.”

The Wire has this:

“What, exactly, is the appeal of writing on a train? In a phone interview with The Wire, [Jessica] Gross described the train ride as a ‘unique environment for creative thought’, one that ‘takes you out of normal life.’ She won’t find much disagreement. Now more writers (The Wire’s staff included) are clamoring for their own Amtrak residency.”

“Julia Quinn, social media director for Amtrak, tells The Wire that there has been ‘overwhelming demand’ from people interested in the program – part of the reason the company is intent on turning this into a regular operation.”

“I’ve always been a claustrophile, and I think that explains some of the appeal—the train is bounded, compartmentalized, and cozily small, like a carrel in a college library. Everything has its place. The towel goes on the ledge beneath the mirror; the sink goes into its hole in the wall; during the day, the bed, which slides down from overhead, slides up into a high pocket of space. There is comfort in the certainty of these arrangements. The journey is bounded, too: I know when it will end. Train time is found time.”

And, the LA Times end with:

“But even Amtrak’s spaces aren’t entirely insulated from the world; many trains have WiFi, so writers trying to focus on their work still have to exert self-control to resist the lure of the Internet. Then again, hanging around on Twitter can be productive — it’s what brought the Amtrak residency into being.”