Grief of The Artisan

~ He was struck down to worthlessness.

His body would barely function.

His mind was thin and brittle.

Calefas felt he had been cursed and thought he knew why.

Calefas had sent for the Shaman, Tezil, and prayed he would still be alive when the Shaman appeared…

He began to notice activity on the forest floor—worms in the hundreds were squirming on the ground.

He uttered a short chant then continued on.

Calefas had to be brought out of a swoon after Tezil had arrived.

His first words were:

“I am only fit for the worms…”

“Why would you say that?”

“Dear Tezil, my body barely functions and I may not know who you are at any moment…”

“Well, you know me now and now we must begin our work.”

After applying a medicinal salve to Calefas’ forehead, Tezil led him out to the edge of the forest, propped him against a rock, and began to chant in the ancient tongue.

The salve was keeping Calefas alert and he began to plead:

“May my life end now if I have insulted the gods! I fear for my soul though I know not what sin I have committed! Speak to me!!”

Tezil stopped his chanting and said:

“Calefas, the gods will not speak to you. They won’t even speak to me; but, I may be able to help if you will stay quiet…”

“I will…“, Calefas whispered as he tried to stand, falling in a heap.

Tezil helped him back onto the rock and motioned for him to sit still and stay quiet.

Tezil stooped and snatched one, placing it on Calefas’ lap.

“That will help the others find you…”

“You feed me to the worms?”

“Hush, Calefas. Worms cannot eat a body that has not yet decayed. You work with the clay that these worms have helped create. Be still…”

Tezil continued his chant, Calefas attempted to remain calm, and the worms began to cover his body.

Hours later, in the workshop, Tezil brought Calefas out of his deep slumber.

“Calefas, rise up! Claim your health!”

He sat up and rubbed his eyes.

He swung his legs off the bed and stood.

He stretched his limbs and said:

“Yes, now we must work on your mind…”

Deep in the middle of the night, after much conversation, Calefas asked:

“So, I was overtaken by my own creations?”

“Yes, Calefas, your creativity broke the bounds of convention and your mind thought you had broken some law. Your worry was so profound it ate into your body.”

“Dare I show my latest work to others?”

“I think you should  dare; and, be prepared for some shock as well as some praise from others.”

“What of the rulers?”

“Will they believe you?”

“They will or they shall have my curse.”

Calefas displayed his wares at the market.

Many were purchased, some were broken by enraged citizens.

In Memorium, for Jamie… 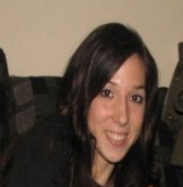 I’m deep into my grief for the loss, on earth, of my friend, Jamie…

Gone in a flash in a car accident…

This video is a tribute to her Spirit…

In the previous post, The Dreams of The Writer Lead To The Dreams of The Reader…, I began an exploration of what’s called the Fictional Dream, a state of mind writers and readers enter when either creating or consuming a good story.

I urge you to read that post, as well as its comments, before continuing. I was going to incorporate those comments in this post but life has made physical reality take on the garb of fiction…

I spend much time in the virtual world, Second Life, and I’d become friends with a remarkable woman. She had become mute at the age of 14 yet had written many poems between then and the age she’d attained when I met her. I’d encouraged her to host one of the Happy Hours on Book Island and share her poetry. Due to her being mute, she could only use the texting feature which puts words above one’s head in a little bubble. I offered to read her poems and she would lead a discussion after each was read.

She was already a good friend of mine when the readings began and those who attended quickly fell in love with her and her work.

Yesterday, I received word that she had died…

Her attorney had emailed me and the hours following created many emails and a lengthy phone call.

The attorney was having extreme difficulty getting details of the supposed car crash and the coroner would not release the purported body.

I say “supposed” and “purported” because, until the attorney has taken possession of the body or seen her in a morgue, Jamie will not be dead. It’s still a fiction–a gripping story with drama, mystery, political incompetence, and conspiracy theories centered on a lovely, talented women cruelly cut-down in her 27th year of life…

I’m in too much shock to draw-out all the similarities between my experience of this story and the fictional dream of the writer/reader. I’m in the story…

If she is proved to be dead, I will still face the fiction of grief’s denial.

Some of you may feel that comments on this post might be in bad taste, but I encourage anyone to make any comment that comes to mind. I’m very much alone, inside a story that threatens to be glaringly true; and, realizing my current state, as I struggle with the lack of precise and confirming information, I quiver to think the story is true and need as much companionship as this venue can provide………
~~~~~~~~~~~~~~~~~~~~~~~~~~~~~~~~~~~~~~~~~~~~~~~~~~~~~~~~~
Our Comment Link Is At The Top of The Post :-)
Follow the “co-author” of Notes from An Alien, Sena Quaren:
On Twitter
AND, Get A Free Copy of Our Book