This makes the 38th post where I pass on information from Joel Friedlander. 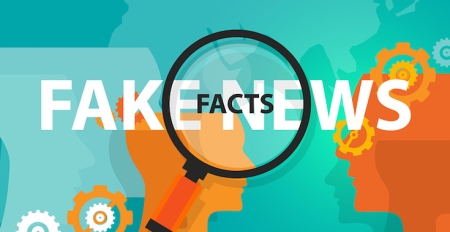 He’s the power behind The Book Designer.

Today, I’ll share a few excerpts from his article, Fake News! In Self-Publishing, in the hope that you take that last link and read the whole thing…

“…it’s undeniable that there’s plenty of ‘fake’ news out there, and although it may not be coming from teenagers in Macedonia, the sooner we learn to spot it, the better off we’ll be.

“Here are some examples I’ve come across recently. I bet you’ve got plenty of examples of your own.”

And, here’s a list of his examples ( you get to go to the full article to see what Joel says about each one :-)

These are All untrue…

“Really good writers don’t need to self-publish, so obviously you are all losers. Sad!”

“Everything that’s self-published is low quality crap and can’t stand up to books from trade publishers. Sad!

“Subsidy publishing is a great way to make your book available to readers.”

“Ebooks are the future of books, print is dying. Sad!”

“Let me show you my 7-step method to write a bestseller this weekend!”

So, that’s all the fake news headlines that are fit to print today…

Leave a comment Posted by Alexander M Zoltai on April 1, 2017

Rather than my normal re-blog today, I’m sharing something from Smashwords.

However, before I share that, I must reveal a particular confluence of my writing and my gullibility…

Yesterday, I published the Thirty-Seventh Tale on my Friday Feature, “Story Bazaar”.

It was called “Alternative Facts”—that title echoing something that became an “issue” here in the USA (and, I’m sure, a few other countries…—and, in case you missed it, here’s a bit of news coverage…)

Also yesterday, as I often do, I sent my Best Friend, who lives in Australia, a link to a story from one of her newspapers.

It turned out to be an April Fools’ prank that totally took me in (and, if you’re wondering, it is true that Australia gets to any given day sooner than I do…)

So, when I put those two things I did together, I get this weird formula:

And, all that leads me to the hard-hitting article from Smashwords—Fahrenheit 451 Meets April Fools—read it and ponder…

I’ll give you one excerpt to entice you to take the link:

“What does it portend for civil society and humanity when willful ignorance is celebrated above facts?

“As authors and readers, we should care. Books are the best vehicles for deep thinking. We authors have the power – one book at a time – to right this wayward ship.  We readers have a responsibility to demand truth telling.”

“What are you talking about?!”

Jim had been arguing with his friend Tom for about an hour—they thought they were discussing various points about the way the city had encouraged so much business construction.

Tom responded: “You don’t know what I’m talking about? After everything I’ve been saying?

“Well, I know What you’re talking about but it still makes no sense…”

“It’s just like the papers say; my god, this is the fifth time I’ve said it…”

“The papers have always said that the city needs more business—were right near the highway—folks are moving out—we need business to attract residents.”

The following day, Jim and Tom got into it about women in the sciences.

“Tom, I agree that women have brains but not the smarts needed for the hard sciences.”

“So, keep all the intelligent women in the soft sciences—like what?  domestic science, home economics?”

“Don’t twist what I say—smarts is different than brains—“

“Whose dictionary you using?”

About two days later, Tom and Jim were “discussing” the political scene.

“Jim, how can you believe that the progressives are for the middle class when there is no middle class?”

“Well, it seems like you’re using a meaning from some other part of the galaxy…”

Tom and Jim were at the cafe and had just made a new acquaintance, Mary, who was apparently a writer.

What’s referred to as communication was an activity that Tom and Jim were never that good at; but, they had a rare opportunity to learn about communication while Mary was sitting at the table…

About five minutes of general comments circulated around the group; then…

“So, Tom, what about that ball game?”

“You call that a ball game? The Trojans were asleep!”

“Asleep? They were moving, right?”

“Well, your Bulldogs must have over-eaten again!”

“You don’t know what you’re talking about!”

Mary stood up and bowed a bit…

Mary smiled faintly and said, “Somewhere that has no opinions flying—a space for truth and civility—a land that spawns the search for real answers and firm conclusions.”; and, she promptly left.