Extending the Conversation about Traditional vs Self Publishing

Our current conversation, the longest one since I started the new format here, has covered this ground:

And, that last post has two comments that extend the discussion here…

“I enjoyed your comment: I realize Mr. Sparks has hit the Big-time with his books; however, I truly feel he should have used the phrase ‘make money’ rather than the phrase ‘become a success’…

“He actually did just that Alex, redefining success before he elaborated a very sad definition of success in my mind:

“’Success can be defined any number of ways. For the purposes of this section, let success be whatever “your” version of it is, with one caveat: you want to be able to write novels and earn enough to make a living.'”

“I write novels and I don’t ‘earn enough to make a living’ because I am retired. Published authors would consider me a hobbyist but that does not mean my writing is any less valuable than theirs.

“In fact, as long as I have readers I consider myself a success. I give paperbacks away free to the library and they are taken out until they wear out.

“There is nothing more satisfying than having a reader ask when the next volume is going to be published!”

The U.S.A comment is an extension of other comments we had about the traditionally published author, Nicholas Sparks, and brings out the notion many writers cling to: “If I’m gonna be a writer, I have to make money to be ‘successful’.”

And, Sparks’ clinging to money as “success” is really rammed home with his: “…let success be whatever ‘your’ version of it is, with one caveat: you want to be able to write novels and earn enough to make a living.”

And, interestingly enough, the U.K. comment describes a level of success with books that is free of money: “…as long as I have readers I consider myself a success.”

Admittedly, the two authors are not only on the opposite sides of the Big Pond, they’re also on the opposite edges of age; still, any writer can decide whether they want success yoked to traditional institutions that treat books as commodities and have shown vast disrespect to authors; or, hitch their hopes to their own gumption, whether or not they sell their books.

Rather than me going on with my ideas about publishing, I’ll round out this conversation with some quotes from a writer who spent many years being traditionally published; then, found solid reasons to seed his fate with his own will and purpose…

Here is Joe Konrath from his article, You Should Self-Publish:

“For many years, I said DO NOT SELF-PUBLISH.

“I had many good reasons to support this belief.

1. Self-publishing was expensive
2. The final product was over priced and inferior
3. Self-pubbed were impossible to distribute
4. Most self-pubbed books weren’t returnable
5. Chances were, the reason you had to self pub was because your writing wasn’t good enough
6. Most POD houses were scams

“Yep, I was pretty confident that traditional publishing was the only game in town.

I’d highly recommend any writers reading this (even those who may already feel self-publishing is their path...) to read Joe’s full article…

If you have a comment on anything you read in this post, it can be the reason this particular conversation continues…

Leave a comment Posted by Alexander M Zoltai on September 18, 2017

Two that seem like good entrées to the reporting I decided to do today are:

What Is a #Bestseller, Really? And, Should an Author Try to Write One?
~~~~~~~~~
Why Trying to Write a Bestseller Is Bad for Your Mental Hygiene

Here are just a few excerpts from those posts:

“…I feel that beginning the process of writing a book with the dream of it becoming a bestseller is going to make the writer, consciously or subconsciously, write in an imitative fashion—trying to write to the folks who like bestsellers—killing any true originality and honest creativity…”

“Bottom-line, unless you’re some hot-property sports or movie or business person with a Traditional Publishing house’s money behind you, you need to write a book that expresses your deepest creativity and let the sales-chips fall where they may…”

“The readability of many best sellers is much like the edibility of junk food. Agribusiness and the food packagers sell us sweetened fat to live on, so we come to think that’s what food is.”

Now for a post (sent to me by a very good author friend) from the blog, Publishing … and Other Forms of Insanity, called, The Secret to Writing a Best-selling Novel.

“A technique called statistical stylometry, which mathematically examines the use of words and grammar, was found to be ‘surprisingly effective’ in determining how popular a book would be.”

I feel that just as business has infected science, and inflated claims are made which are derived from rigged “experimentation” or even from highly prejudiced computer “studies”, the corporate-mind has infiltrated the book-blogging world and is promising you’ll be famous and make loads of money if you sell you soul to the “experts”…

Last shot for me is to urge you to read, or re-read, what I consider the Most Important post I have here (most important out of a total of over 1,900 of them…):

What Is #Success for a #Writer?

Leave a comment Posted by Alexander M Zoltai on August 30, 2017 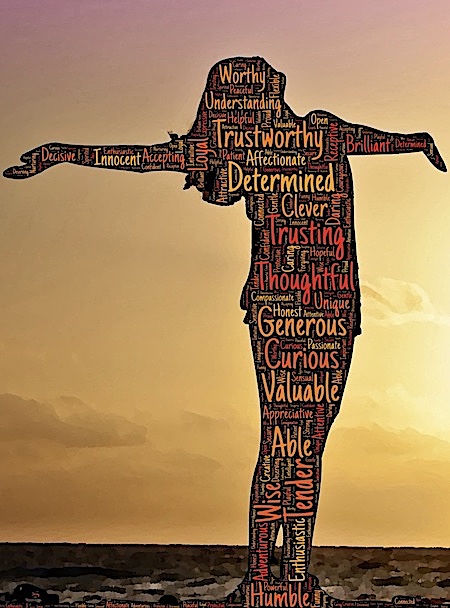 I’ve considered this question before—check out these posts on various aspects of “success” (after scrolling down one of the pages, click on the “Older posts” link…)

Now to add to those considerations with an article by author, editor, writing coach, writing workshop leader, and spiritual counselor, Noelle Sterne, entitled, What Is Writing Success?

As usual, I’ll share some excerpts and urge you to read the full article…

“All of us writers know what writing success is: A call from the big agent, a sale to the big publisher, a big big advance, big-promoted publication, big sales figures, big royalties, movie rights, sitcom rights, audio book rights, serialization rights, spinoffs, foreign translations, talk show appearances, multiple awards, weeks and weeks on the Times bestseller list, and even getting asked for an autograph at the supermarket.”

Then, a bit of the truth:

“Many writers (and others) who attain fame react less than positively when they become successful in these terms. After the first thrilling flush, as Internet headlines and tabloids attest, the newly famous often turn to alcohol, drugs, food, uncontrollable spending, mansion collecting, or relentless sexual conquests. A few even commit suicide.”

Noelle then talks about what she experienced after one of her books did better than usual:

“I felt special and important, reveling in all the busyness and attention. But after a while, an inexplicable itchiness seeped in, like a creeping rash. I ate too much, slept too long, and snapped at everyone within mouthshot.”

“This response, I’ve since learned, is common to many writers who reach a longed-for goal. In a letter to a beginning writer, the novelist and short story writer B. J. Chute speaks of the ‘so-called rewards of success’:

“‘Curiously enough, when they do come, you may find that they are not as rewarding as you thought they would be. You may find yourself eager only to get on with the next ivory-tower job.’ (Outside the Ivory Tower: A Letter to a Young Writer, The Writer, January 1983, p. 12).”

And, even though I’m now going to excerpt her summation, I still urge you to go read the full article:

“Let us see each of our writing achievements as another turn upward on our evolving spiral of creative discovery and mastery. This is how we’ll become better and happier writers. We won’t yield to the temptations of externals alone and will probably be surprised when they appear. But mostly, we’ll know with calm certainty, even joy, that true writing success is our writing itself.”

Like Loading...
Uncategorized A Letter to a Young Writer, B. J. Chute, Book Sales, Noelle Sterne, Outside the Ivory Tower, Success, Success for A Writer, writing advice, Writing Success

What Readers Want vs What Writers Write

Is there a disconnect between what readers want to read and what writers want to write?

Many writing blogs advise “surveying” the readers then writing what they want.

Is the solution that writers should “somehow” find out what readers want and try to write something catering to this “knowledge”.

In that last sentence, the words in quotes indicate my belief that knowing what readers want is “tricky” at best.

Sure, you can look at the numbers of sales of various types of books and draw conclusions about what readers want, but…

What if the books sold reflect the taste of publishers and the readers are choosing their fare from a limited buffet?

Then, the “conclusion” about what to write so readers will like it (along with the usual motivation to make bucks) is a game being played on an exceedingly small field.

As far as the slavish desire to warp creative potential by imitating what others have done just to satisfy an audience that could well be unaware other books could please them more, I must pause and gather my courage…

I feel there are way too many assumptions being accepted in the Book World:

Many  readers assume they have to settle for what’s being offered.

Many writers assume they must cleave to a formula to succeed.

Many publishers assume the monetary bottom line is the place to begin their evaluations.

Hopefully, when self-publishing attains some measure of stability, readers will have easy and efficient ways to find what they Really want to read.

As far as the challenge of writers pleasing readers and still sticking to their own principles:

In a post from last January, Do You Write For The Reader or Should You Write For Yourself?, I said, “Read as widely and deeply as you possibly can. Read till you’re bored and then read more. Absorb as much of our Human Family’s hopes and dreams and challenges and fears and dangers and failures and quirks as you possibly can—absorb it into what you could call your internal Meta-Reader.

“Then, when you sit down to create, let that Meta-Reader decide what is absolutely necessary to write………”