Should an E-Book Merely Copy a Print Book in Style and Function?

Leave a comment Posted by Alexander M Zoltai on November 9, 2016

It seems certain folks in this day-and-age love innovation for the sake of innovation. 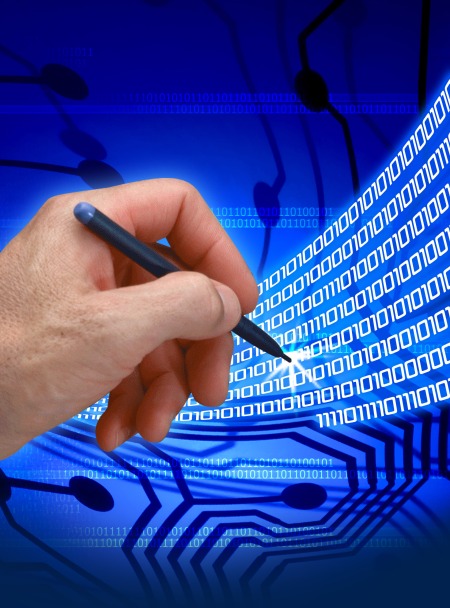 It could also mean that the “innovators” are bored silly…

I do a lot of scanning of news and other sites looking for material I can report on here; and, one of the trendy fads for the last few years is to encourage changes in how e-books function and how they’re constructed (there have also been actual “new and improved” versions of ebooks produced).

Most of the articles didn’t make the cut for what I consider “worthwhile”; yet, the senior editor at Digital Book World, Daniel Berkowitz, gave me a reason to introduce the idea of e-book “innovation” in his article, Do We Really Need to Innovate the Reading Experience?

As usual, I’ll excerpt enough of the article to give a hint of what you’ll experience if you take the link :-)

“I hear a lot of talk about how ebooks didn’t innovate enough, or how ebooks are unsatisfactory—that they’re stuck in this ‘print-under-glass’ model that offers nothing new to the reading experience.”

“…for those of us who grew up on print books and for whom ebooks and audiobooks are viable alternatives, what is it in our reading experiences that we are so sorely lacking?”

“…what is so wrong with the print-under-glass model of ebooks? What else were we expecting? To my eyes, an ebook on my Kindle looks a lot like a print book in my hands. And that’s exactly how I want it to be.”

Are you, rather, a person who wants all the innovation possible?

#E-Books Inside The Digital Book World

Leave a comment Posted by Alexander M Zoltai on March 21, 2016

So much business these days is built on lies and broken promises. 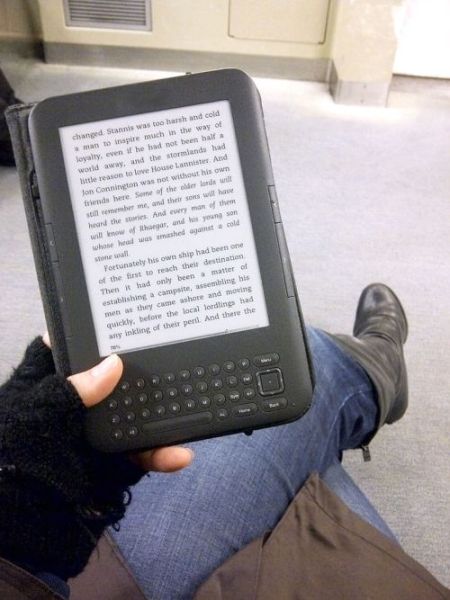 But they package it as Branding and Influence.

We’re led to believe (if we’re unthinking folk) that dealing with a top brand that has market influence is the best thing we can do.

The fact that our world is splitting some seams and losing its stuffing through climate change and economic peril (to mention only two of the major crises underway) is primarily due to “top brands” that have major “market influence”.

I scan a ton of news to find material for this blog and, some days, finding information of solid worth is severely hampered by a flood of nearly meaningless drivel…

There’s an organization called Digital Book World that says some strange things about itself:

“…Digital Book World has evolved into a year-round platform offering educational and networking resources for consumer publishing professionals and their partners — including agents, booksellers and technology vendors — online and in person.”

That seems straightforward and yet, why do they call themselves a “platform” rather than an organization or company?

And, rather than addressing the needs of “book publishers” which one might think would follow from their name (Digital Book World), they say they’re helping “consumer publishing professionals”, which lets them focus less on authors who write books and deal more proactively with “content producers” who create… maybe not books… perhaps “content containers”?

So, these folks will be having their DBW Global on September 16, 2020.

However, Publishing Perspectives had an article, back in march of 2016, entitled: After DBW: ‘Perhaps We Don’t Know Anything’. (“DBW” being the Digital Book World Conference…)

Bear in mind, this was four years ago (as of this Editorial Insertion)—sad to say, things aren’t much better now…

“…one of the recurring ideas of this year’s event was a series of cautious admissions that perhaps we don’t know anything.”

“Our industry is full of anomalies…”

“These four companies (Apple, Amazon, Facebook, and Google) have effectively seceded from the US.”

“The result of this industrial hegemony is that platform, and not content, is becoming king.”

So have we come from “books” to “content” to “platform”—from “objects of value” to “aggregations of data” to “an empty stage”?

I’m sure there were a few presenters at the conference who made sense; but then, that’s just a bit of sense in a stew of nonsense…

If you’re wondering how folks who think this way make money, it’s pretty much the same way astronomers hold on to their jobs of “studying” proposed fantasies instead of the actual universe—they’re capitalizing on a financial climate that is no-holds-barred: do-whatever-you-can-get-away-with. And, wrap it in addictive packaging with elusive promises…

So, where are e-books in the digital book world?

It depends on which kind of e-book you’re after…

The content producers standing on compelling platforms will sell you run-of-the-mill genre stories.

Independent authors will sell you books that may be of lasting worth.

But then, my last two statements are generalizations…

“Books In Browsers” ~ Where Is Digital Publishing Headed?

It’s easy to think that digital publishing is moving swiftly away from the Internet browser—Apps on phones, E-books on phones and tablets, and dedicated E-readers…

Yet, last month, the New York Public Library and the Frankfurt Book Fair sponsored the 5th Annual Books In Browsers Summit, “…for the new generation of internet publishing companies, focusing on developers and designers who are building and launching tools for online storytelling, expression, and art.”

The BiB’s official media partner, Publishing Perspectives, had this in a recent article:

“…improvisation and creation requires people to have a certain level of proficiency with the tools they are using. Composing requires ‘an abstracted mentality’, …and ‘if digital fiction is going to be a widespread art form…we have to be able to play with it.’ Instead of building tools for authors to write…we should be building tools that allow authors to build their own tools.”

“…tools that allow authors to build their own tools…”

“Unlike operating system-specific apps that require discovering and downloading said app, the web is available to readers on just about every digital device—all they need is a URL. And every tablet, phone and desktop comes equipped with a web browser—almost all of which are more powerful than even the most sophisticated e-reader.”

They went on to give reasons to reconsider the Web as a publishing platform:

And, one last bit from that DBW article:

“…publishers and readers will in most cases both be better served by ebook content managed in a content management system (CMS).”

And, if you really want to get inside the heads of the folks who are working to create tools that let authors create their own tools, watch this series of videos from the Books In Browsers Summit:

You Wouldn’t Be Trying To Mislead Me, Would You?

People have been trying to mislead me for at least 60 years—how about you?

A bit later, the ads in the back of the comic books lured me into begging money from my parents for an Ant Farm—thin clear-plastic box with sand in it, separate cardboard tube with the ants, and a message that the ants were asleep and would wake when I put them in the sand—I waited for a few days—they were indeed dead…

Luckily, the first girl I was sweet on warned me that every girl did Not want chocolates…

There were thousands more attacks on my credulity; then, in my forties, I began to find certain things that stayed true no matter what I thought.

So, there’s this survey claiming to show the preferences of writers for either traditional or self-publishing.

The Los Angeles Times article about the survey begins with:

“Writers prefer to be published by a traditional publisher over self-publishing. Go figure.”

That happens to be a statement that’s misleading to the max—how did they find out what all writers prefer?

Then, they attempt to cover the misleading pontification with misdirection:

“More than 9,000 authors responded to questions about the publishing industry in a report to be issued next week. Of the writers surveyed, 57.8% said they’d rather go the traditional route with their next book than try self-publishing.

“These aren’t just old-fashioned authors. That percentage includes writers who have been both self-published and traditionally published. What’s more, the survey was conducted by Writers Digest and Digital Book World — which certainly captures people interested in digital publishing.”

9,000 authors is probably enough to show some kind of trend, right?

An article about the survey in Digital Book World says:

“The survey sample is a non-scientific sample, since it is voluntary rather than a random sample. The authors, most of whom responded after receiving a notification from Writer’s Digest about the survey, may not be representative of the population of authors.”

That last statement should make any person who’s been severely misled in their lives consider that all the other numbers and pseudo-scientific pronouncements about the survey are rubbish.

Something rather surprising about the author of the article in Digital Book World is that they’re “…Professor of Sociology at Queens College – CUNY…” where they direct “…the MA Program in Data Analytics and Applied Social Research.”

I truly hope writers aren’t taken in by attempts like this.

I can’t avoid quoting one more statement that goes even further into the realm of fantasy surveys:

Are they hoping that big percentages will prove that “Writers prefer to be published by a traditional publisher over self-publishing.”, in spite of the fact that those who’ve already been accepted by legacy publishers and those who’ve never been published might just not be the folks who can be relied on to help decide what most writers want??

There are a few true statements in that article but the effect is somewhat like those commercials between the cartoons—Yep, this is Really cereal!!!

So, if you happen to be the kind of person who lets their opinion be swayed by names like the Los Angeles Times, Writer’s Digest, and Digital Book World, you can also be misled by Forbes…

Some of them you may already know well; some, not…

I’ll give you the links here but let you go to the article to read why they picked them-—>Top Ten Book Recommendation Platforms.

9: What Should I Read Next

Do, please, go read what they say about each of those sites…

They also have some Honorary Mentions: