Which Is Really Best ~ #TraditionalPublishing or #SelfPublishing ? 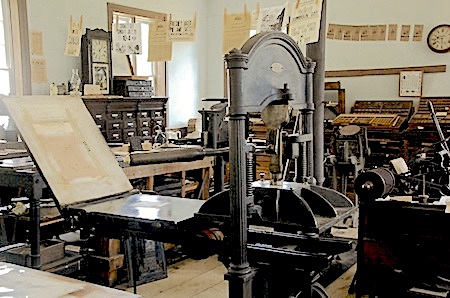 Then, I felt deeper and decided I’d link to it and make my own comments…

The article is called, Amazon’s Naggar Tells Publishers to Slash E-Book Prices — Mr. Naggar is Amazon’s publishing chief; and, the publishers he’s talking to are the Traditional or “Legacy” publishers…

I’ve published a little over 2,000 posts since January 2011; and, a large percentage of them were looking at the differences between Self-Publishing and Traditional Publishing.

If you’re new here, you should know I have Subject Index Links (in the left side-bar) that show whether topics have very few posts or a lot of posts by making their words smaller or larger—both Traditional Publishing and Self-Publishing have larger words…

If I squeezed everything I’ve learned about the two flavors of publishing into as few words as possible, I’d say—Self-Publishing gives you Much more control over your book…

But, let me pour through those Top Tags and select a few choice posts for your perusal:

Why Traditional Publishing Is Not for Serious Writers . . .

Still Hoping to Get a Book Published by the “Big 5”?

An Author Writes an Open Letter to His Publisher . . .

Credit Where It’s Due ~ #TraditionalPublishing and #SelfPublishing

And, there are hundreds more where those came from…

What About All The Authors Whose Books Don’t Sell Very Many Copies?

Is Self-Publishing The New Norm?

Leave a comment Posted by Alexander M Zoltai on January 1, 2014

Yesterday, I posted some predictions for the Publishing World for 2014.

Back at the beginning of 2011, I was nearly ready to publish my first novel and, because of my desire to make sure it got into print, I chose to self-publish.

I’m going to devote the rest of this “first post of my 3-year-old blog” to a penetrating excerpt from Mark Coker‘s post on Smashwords‘ blog, Year in Review 2013 – Indie Authors the Stewards of Publishing’s Future.

He covers the past years’ milestones at Smashwords (“the world’s largest distributor of indie ebooks”) but also gives us some deeply honest and accurate characterizations of traditional publishing:

“Back in 2008, I created Smashwords to give indie authors a seat at the publishing table. Back then, a time I refer to as the Dark Ages, traditional publishers held oligopolistic control over the printing, publishing and distribution of books.

“The control was oppressive. Writers were forced to bow subservient to the whims of big publishers. Publishers decided which writers became published authors. Although they published many great books, over the course of decades they crushed the dreams of thousands of great writers whose talent is now lost to humanity.

“Publishers decided what readers could read. Their decisions were guided by the publisher’s perception of a book’s anticipated commercial merit. Their decisions were guesses. When a book hit the bestseller lists, publishers patted themselves on the back for discovering and supporting the author. When a book failed, the author’s future publishing opportunities often failed with it.

“The dirty little secret of publishing is that in the end, publishers were simply throwing what they thought was their best spaghetti against the wall. Readers were the deciders of commercial success, not publishers.

“Back before the time of books as digital bits, most legacy publishing practices made sense. They were unable to take a risk on every author.

“With the advent of ebooks, self publishing platforms such as Smashwords, and democratized distribution to major retailers, a new world order is emerging. It’s a new world order where the power of publishing is shifting from the halls of publishers to the hands of writers. It’s a world where the suffocating gatekeeping mentality – which once measured a book’s worth through the myopic lens of perceived commercial merit – can now be cast away.

“Books are worth more than dollars, pounds, euros and yen. Publishers don’t know what readers want to read, and they have no right to control what writers want to imagine, write or publish. Writers deserve the freedom to publish what they want, and readers deserve the freedom to read what they want. The new world order is beautifully democratic and fair.

“This is an exciting time to be a writer, author, publisher and ebook distributor. All of us are smack dab in the middle of turbulent cross-currents of change, innovation and opportunity.

“If this new world ever feels scary or uncertain, that’s because it is. But despite the uncertainty, one fact will remain true forever: Books are magical, writers are the magicians, and as long as great writers continue to write and publish, books have a permanent place in our lives.

“You – the indie author – are the future of publishing. Your publishing, distribution and marketing decisions will determine the course of the publishing industry. You’re in charge now. Lead us well.”
~~~~~~~~~~~~~~~~~~~~~~~~~~~~~~~~~
To Leave A Comment, Use The Link At The Top-Right of The Post :-)
For Private Comments, Email: amzolt {at} gmail {dot} com
* Google Author Page
GRAB A FREE COPY of Notes from An Alien

So, How Clueless Are Traditional Publishers?

I’ve featured Barry Eisler and Joe Konrath here quite a few times—the two most interesting posts being Some Publishing Advice from Two Extremely Successful Authors and More on The Konrath/Eisler Conversation.

Well, Barry gave a talk at the Pike’s Peak Writers Convention and got some surprising responses and Joe carried Barry’s explanation on his blog: Eisler on Digital Denial.

“To put it another way: a publisher offering an author digital distribution services is like someone offering me air. I already have it and I don’t need to pay extra for it.”

“One difference I consistently see — and that consistently concerns me — between proponents of choice in publishing on the one hand, and proponents of establishment publishing on the other, is the willingness of the first group to engage critics, and the latter’s refusal. I know behaviors like sniping to your followers on Twitter, or walking out of a keynote in dudgeon, can offer some brief emotional satisfaction, but what do such behaviors do to help writers? I’ve tweeted this post to the people I named in it, and I hope they’ll come by to offer their thoughts. Why not? Wouldn’t writers benefit from such a discussion? And in the end, isn’t that what we all want?”

Do go read the whole article—eye-opening and informative…

But, to round things out, here are a few statements that Joe Konrath gave in that same article:

“Self-pubbers can bring their books to market much faster, days or weeks instead of months or years.

“Self-pubbers have control over things that writers deem important, like editing, cover art, and title.

“Self-pubbers set the price of their book.

“Self-pubbers can make changes to their books quickly.

“Self-pubbers can reach just as many, if not more, readers with their ebooks than legacy publishers can.

“Self-pubbing has no gatekeepers or barriers to entry. It doesn’t take months/years of querying with fingers crossed to reach potential readers.”

For those lucky enough to be alive, there are still challenges.

What about some of the challenges writers face?

How many writers will give up on their dreams today—how many will put the manuscript away and forget where they put it—how many will drink themselves to death—how many will just cry a bit then suck it up and look for some other way to get published?

I live on a very small military pension and I chose to publish through FastPencil—even though it means saving up for months for each book published.

Still, there are those who should publish and won’t >>> because they’ve run out of traditional publishers to query >>> because for some reason they haven’t quite gotten to a finished draft >>> because they have a good manuscript, don’t want the legacy deal, but refuse to learn how to self-publish…

There are even authors who’ve made a steady living through traditional publishing, for a couple decades, yet see a dwindling of profitability due to changes in the legacy model, and refuse to learn how to self-publish—Check-out >>> Can an Old-Fashioned Non-Interactive Author Survive in the Social Age?

So, let’s assume you’re dying to get published, aren’t afraid to learn new tricks, but haven’t been able to find a step-by-step manual.

John’s primer is about 7 months old.

If your writing-world isn’t post-apocalyptic, you may want to step up your pace of preparing for publishing.

There is the important consideration of having some method of attracting readers—See >>> 28 posts about Promotion.

You may be nowhere near having your work ready to publish >>> Google Searching on “how to self-publish” will still be available when you are ready :-)

Have you been published traditionally?

Have you been published traditionally but now self-publish?

Have you only been self-published?

Are you considering self-publishing?

I Need Your Help ~ Let’s Decide Which Is Better: Traditional or Self-Publishing . . . 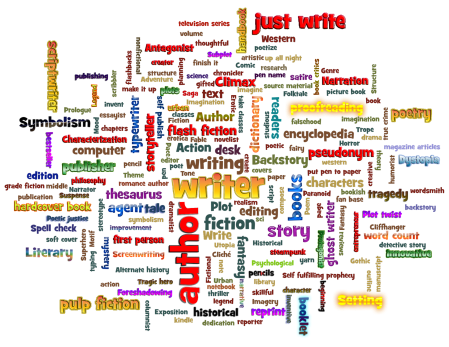 I try to be a fair and balanced blogger…

I’ve been blogging about Reading, Writing, and Publishing for nearly eight years now.

My readership has grown in a satisfying way but I’m hoping this particular post can lead to an upsurge in readers—and Commenters.

I’m not looking for reader comments to make this blog show up better on search engines or to help me sell anything (even my short novel is available for free…).

Naturally, if you and your friends can help enough, this post could end up helping lots of other people, too…

And, you can use the Subject Index Links in the side-bar to find past articles…

Here’s the thing though.

Still, there are aspects of the operation of traditional publishers that seem to have more potential to make books “acceptable” to readers…

On the other hand, there are many authors who’ve experienced traditional publishing and shifted away from the legacy model—one particularly important example is Joe Konrath.

So, how can you help me?

First, watch the videos below and leave a Comment.

Second, tell your friends to watch the videos and make Comments.

I’m hoping there’ll be enough Comments to let me do, at least, two more posts on this important issue—What Is The Best Way To Publish A Book?

Just a few more considerations before the videos:

I put quotes around those words in the last sentence because one person’s profitableness can be another’s handicap.

Also, you may not have published or have friends who have.

Last consideration—you may (or, all your friends may) have no knowledge of different kinds of publishing.

I’d still like your Comments on the following issue—How Do You Feel Reading, Writing, and Publishing “Fit Together” ?

OK, here are the videos—do hope you make a Comment :-)