Ever Heard of Literary Journalism…?

And, I’ve covered the journalism beat a few times:

Investigative Journalists Are Storytellers, Too…

Journalists Have a Lot to Teach Other Writers . . .

More about Journalists; Because, sometimes, They’re the Most Important Writers We Have…

Today, I’m featuring an article by John McPhee, who’s won a Pulitzer Prize for General Nonfiction, has been a teacher of literary journalism, and a staff writer at The New Yorker.

I think regular readers here know that I think all writers can pass on valuable information to all other writers, no matter what particular kind of writing they pursue.

Let’s look at a few excerpts from McPhee’s article from The New Yorker, Omission ~ Choosing what to leave out (as always, I urge readers to take advantage of perusing the full article…):

“Writing is selection. Just to start a piece of writing you have to choose one word and only one from more than a million in the language. Now keep going. What is your next word? Your next sentence, paragraph, section, chapter? Your next ball of fact. You select what goes in and you decide what stays out. At base you have only one criterion: If something interests you, it goes in—if not, it stays out. That’s a crude way to assess things, but it’s all you’ve got. Forget market research. Never market-research your writing. Write on subjects in which you have enough interest on your own to see you through all the stops, starts, hesitations, and other impediments along the way.

“Ideally, a piece of writing should grow to whatever length is sustained by its selected material—that much and no more.”

There was much of interest written about his life in journalism before that last excerpt and there is much before this one:

“…inevitably we have come to Ernest Hemingway and the tip of the iceberg—or, how to fashion critical theory from one of the world’s most venerable clichés. ‘If a writer of prose knows enough about what he is writing about he may omit things that he knows and the reader, if the writer is writing truly enough, will have a feeling of those things as strongly as though the writer had stated them. The dignity of movement of an iceberg is due to only one-eighth of it being above water.’”

And, an excerpt that very well may cause many writers to deeply contemplate their writerly ways:

“The creative writer leaves white space between chapters or segments of chapters. The creative reader silently articulates the unwritten thought that is present in the white space. Let the reader have the experience. Leave judgment in the eye of the beholder. When you are deciding what to leave out, begin with the author. If you see yourself prancing around between subject and reader, get lost. Give elbow room to the creative reader. In other words, to the extent that this is all about you, leave that out.”

Journalists Have a Lot to Teach Other Writers . . . 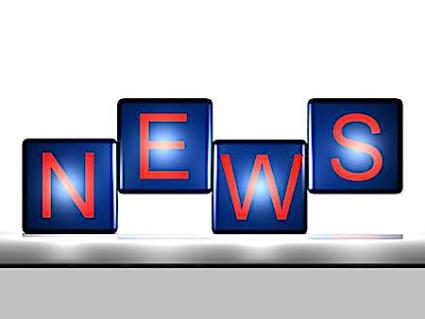 Back in January, I published a post called, Investigative Journalists Are Storytellers, Too…

What is an Investigative Journalist?

One set of broad identifiers is on the JournalismFund.EU site:

Most of what those guidelines indicate could work quite well for essayists, memoirists, novelists, and other writers…

That past post featured Jenny Kleeman; and, today, I’ll point you toward the work of two other journalists.

First is Christina Patterson, a columnist (which is a type of journalist) and broadcaster. 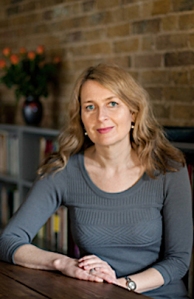 When wondering what a columnist could teach other writers it would be valuable to look at Christina’s About Page — here’s a short excerpt:

“After reading English at Durham, and doing an MA in ‘The Novel’ (with Malcolm Bradbury, Angela Carter and Lorna Sage) at the University of East Anglia, she worked in publishing before moving to the Southbank Centre to organise and present literary events. Writers who took part in the programme ranged from Gore Vidal, Susan Sontag, Salman Rushdie and Umberto Eco to poets hardly anyone had ever heard of.”

Here are a few comments about her writing from reviewers:

“Day is an empathic observer. She is meticulous in teasing and dissecting each sensation”
— Eileen Battersby, The Irish Times

“A moving, terrifyingly real account of how love can be bent out of all recognisable shape”
— The Observer — Scissors, Paper, Stone

The reason I know about these three journalists (writers) is that they all appear regularly on the Sky News segment, Press Preview.

They have all kinds of folks on Press Preview, some quite obnoxious; and, the format is the broadcast presenter leading two people in a discussion of the latest news stories.

The three journalists I’ve featured immediately grabbed my attention—they made sense, they spoke in complete sentences, and they actually gave Considered opinions.

If you’re a writer and you need a fresh approach to what writing is all about, do consider studying a few journalists, even if all they’re doing is talking…
~~~~~~~~~~~~~~~~~~~~~~~~~~~~~~
If you don’t see a way to comment (or, “reply”) after this post, try up there at the top right…
Read Some Strange Fantasies
Grab A Free Novel…
Visit The Story Bazaar