Last Wednesday we had the post, Our Blog Conversation Takes a Delightful Turn . . ., and it garnered two comments—one from Maryland in the USA and one from Melbourne, Australia… 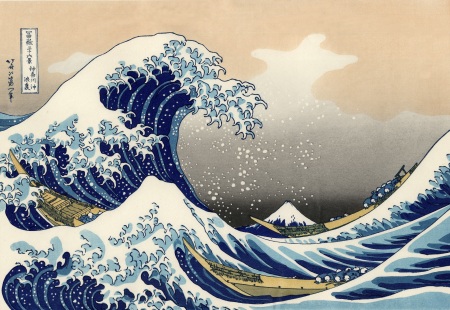 I wasn’t sure if talking about pop-up books would bring any conversational comments; but, I was delighted that both have valuable links included :-)

“Also it reminded me of a quote that is on the wall in the visiting room at the prison I work at. It is placed where inmates sometimes get to read to their children or watch them interact with Pop-up Books:
‘Books help give children a leg up on the ladder of life‘.
Children’s book editor Janet Schulman (1998)”

“I have tried very hard to remember if I had a pop-up book as a child. I have a very strong sense that I did have one but I cannot remember what it was. I remember opening a book, and watching its pop up dimensions unfold – perhaps I was looking at a building, something ancient like the Globe Theatre in Shakespeare’s times but I cannot confirm this. The feeling of loss that I had thinking about this led me to do some research on pop-up books in the hope that one would leap off the page as the one that I was acquainted with. Alas none did, but I came across some very interesting examples, which I wish I had owned. One was a pop-up book of the works of Hokusai, the Japanese artist. I would really like to own this book.

“As I was finishing my research, I realised that I had read a kind of ‘pop-up’ book as an adult and had gifted it to quite a few small children. It is a delightful book and you may know of it: ‘The Very Hungry Caterpillar‘ by Eric Carle. Wikipedia says that this book has sold 30 million copies worldwide and that ‘it has been described as having sold the equivalent of a copy per minute since its publication in 1969.’ It is the story of a caterpillar who eats his way through the book, then grows into a pupa, which then transforms into a butterfly. Educational but boring you may think? No, magical and transformative for a reader of any age. This is not just a book that pops up but it is also extruded. The book is full of holes left by the caterpillar as it eats it way through the pages :-)

“I finally realised that perhaps now we have a new kind of ‘pop-up’. Ever seen an orrery on your computer or tablet? Or, the version of Alice in Wonderland? Wonderful stuff….Let’s hope today’s children remember these 3D stories when they are old :-)”

The Very Hungry Caterpillar seemed somehow familiar; so, I searched this blog and found the book referenced in two past posts:

Would You Like A Hand-Annotated, First Edition of An Acclaimed Book?

What Are Humanity’s Most Popular Books?

So, dear reader, would you like to continue this conversation about Charming and Surprising Books with a comment of your own?

Or, would you rather comment about a different topic we can discuss {in the realms of Reading, Writing, or Publishing}?

Headphones Recommended for The Following Videos
One Love
Heal the World
How ’bout a little Jazz…
Amazing Young Drummer
A bit more Jazz…
And… That young drummer when she’s just a bit older…
%d bloggers like this: