Back on Dec. 21st, I published an Author Interview with Holly Gonzalez—the first of my Wattpad Author interviews.

Today we have Jeff Partridge visiting and I’m eager to get our second Wattpad Author interview started :-)

So, Jeff, when did you decide to become a writer, and why? 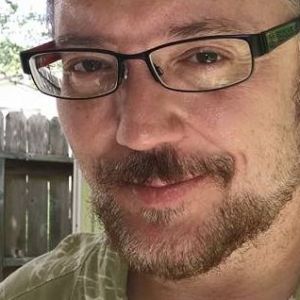 I’ve always been a storyteller. I was one of those precocious kids whose mouth never stopped moving if he had an audience. While writing fiction was always my favorite assignment in school, I started out wanting to write and draw comic books. I even became a pretty good sketch artist at one point, but my style wasn’t really conducive for what was being produced at the time. Who knows, if we’d had the internet back then I might still be doing comics.

When did you begin writing novels?

I mostly wrote short stories until I read The Lord of the Rings and The Silmarillion in 7th grade. That, combined with my love of history, myth, and legend and a host of other works like Herbert’s Dune series and Michael Moorcock’s Eternal Champion series, got me thinking of stories on a much vaster scale. To this day, I find short forms difficult to write. Somewhere around my senior year at university I stumbled upon a deceptively simple fantasy by James P. Blaylock which inspired me to stop playing with story ideas and actually complete a novel if only for the challenge of accomplishing it.

O.K., Jeff, tell the folks how many novels you’ve written.

I have six full novels completed, one abandoned at the ¾ mark which may eventually get cannibalized and four others half-finished at about 50,000 words each. Not counting short stories, false starts, re-drafts and experiments, I have nearly 900,000 words wrapped up in those stories. They say it takes one million words written before a writer is ready for publication. If I only count novels, I’m almost there. LOL

You write in several different genres. Which is your favorite?

Science fiction was my first love. But fantasy, with all of it’s sub-genres, is far more flexible. You can tell pretty much any story you want there. However I do like to challenge myself. Since I’ve become involved with Wattpad, I challenged myself to write a full novel in every genre they recognize.

Considering the variety of your stories, where do you get your inspiration?

ADHD. Seriously. I was only recently diagnosed and begun treatment, but even before that I often felt like I had a computer simulation of reality running in my head constantly doing experiments. I think most dedicated writers are naturally curious about the world around them, asking themselves how it works and wondering “what if”. In my case I never stopped being a kid “playing pretend”. I just started doing it with words on paper, then computer screens. I have more ideas than time. I can’t afford to wait for inspiration. Fortunately I’ve developed a system instead.

Does that make you a Plotter instead of a Pantser?

I started out as pantser. I think that’s why it took over a decade to finish the first 1.75 novels. In fact I had largely stopped writing until I discovered National Novel Writing Month. I knew writing 50,000 words in 30 days would require a plan. Most of my work has been created just in the last 9 years.

Does that mean you work from an outline; and, do you ever worry that’ll kill the spontaneity of your story?

Most professional novelists say a writer’s real work begins after the first draft is completed. If you lose interest in a story once you know the ending, I’d suggest you may be more of a frustrated reader than an actual writer. Fortunately, the task of editing is much easier and much less drastic with a well thought out plan. Without it, the writing process is like an artist throwing a bunch of randomly colored blobs of paint at a canvas, then decided what they want to paint. That’s never struck me as a very professional way of doing things. Looking back, I can’t understand why I wasted so much time trying to “pants” it. I would be so much further along now if I had taken the process more seriously at the start.

This doesn’t mean there aren’t surprise discoveries along the way. I don’t think any of my outlines have survived unchanged, and they’re never as detailed as I’d like them to be before starting. Ideally I’d have a logline for each scene. I’m actually lucky to have a list of at least 50 or 60 scene ideas before NaNoWriMo starts. However I don’t generally start a story without a logline for the overall story, the theme and the 8 key transitional scenes. I’ve blogged about this recently as I’ve refined the process. I’ve even developed a little javascript application to help guide me through the process which you can find on my website.

So, Jeff, do you have any “formal training”?

Just a liberal arts degree with dual majors in religion and philosophy and a painful couple of years as what they once called a “cub reporter.” I’ve taken a few classes here and there including, early on, a correspondence course through Writers’ Digest where they paired you up with a published mentor. That was helpful, though to be honest, I had already learned most of what I needed through my own research. One of the most helpful things I did was to join a critique group of writers committed to being published. Some of them went on to publish entire series of books. Learning how to give and (especially) receive constructive criticism was invaluable. It also helped me learn to look at my own writing more analytically.

O.K., Jeff, Traditional or Self-published—how do we find your work?

I’ve made a few halfhearted attempts to submit my fiction to commercial publishers, but I’ve generally been too busy with writing and, well, life to focus on it until now. I’d love to have a novel commercially published, if only for the validation and possible exposure to new readers, but unless you’re in that upper middle tier where they promote you in the hope of making a lot of money off of you, I think it’s best to self-publish. Even then, I’m not sure it’s worth the tradeoff in lost rights, time and money.

I’ve got quite a bit of fiction in various stages of development available for free at Wattpad.

For those who support independent authors, you can find Kingdom of the Stone, The Stone King, a zombie-in-space novella called Colony of the Dead and Spirit, an anthology of ghost stories which has one of my short stories, all at Amazon, where I hope to soon add more.

What are your plans for the future, Jeff?

My immediate plans are to clean up, re-format, and re-launch both Kingdom of the Stone and The Stone King books, do the same with 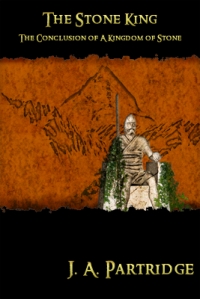 The Ascent and launch it with a new cover, finish the first draft of Courting Death, hopefully by this summer, and finish, with a substantial rewrite, The Awakened for this year’s NaNoWriMo.

In the spring of 2014 you lost your son, Jeff… How has his death impacted your writing?

Eleven days after turning 21, my son Joshua left his university apartments, mixed up some ordinary chemicals to create hydrogen sulfide gas and turned his car into a gas chamber.  That was a little over a year and a half ago. It will take me and my family many years to grasp the full impact of that event which we will have to deal with for the rest of our lives. Though it’s entirely too soon to say what impact it will have on my writing, I can say that it has drastically changed my priorities.

Nothing clarifies one’s thoughts like the imminent presence of death reminding us that, however much time we have left in this life, it is always less than we think. I give far less of a crap about the ordinary worries of life. Even much of what I used to think of as grievous pain and suffering pales to little more than self-centered whining. I know I am still very much in the middle of dealing with this, but for the moment it seems to have made me both more and less compassionate. In many ways, a large part of my life ended on that day. I’m just hoping to wrap up a few things in what time I have left.

Finally—Jeff, do you have any advice for other writers?

Yes. First, clarify your goals and motivations. Do you want to be a writer or do you just want to have written a book? Are you writing for yourself? For friends or family? Others? Publication? Fame and fortune? There are no right or wrong answers here as long as you are honest with yourself, but the greater your ambition, the more it will cost you in time, effort, and personal sacrifice.

Assuming you want to continue, the rest is rather straightforward.

There is no single approach to writing that works for everyone, so this is ultimately a process of self-discovery as much as anything.

Hopefully some of this may help someone. Thank you for your time and patience.

Oh, my, Jeff, thank you for such an in-depth, revealing, and valuable interview!