I just love meeting writers when they’re still in that wonderful/crazy world of working on a book.

But, It’s much better to continue to get to know them until they’ve finished the book and hold its Debut :-)

It was March of 2011 when Haley Whitehall visited this blog for an author interview.

And now, we get to have another interview about the Historical Fiction Novel she’s just published.

Haley, what is the premise of your debut novel “Living Half Free”?

When Zachariah, a naïve mulatto slave, is sold to a Kentucky slave trader, and separated from his ma and sister, he realizes the true meaning of not having rights. Singled out for abuse by his new master’s sadistic son, he dreams of only one thing: escape. He thinks he’s found it when he falls in love with a Cherokee woman from a powerful family, under whose direction he learns to pass as white. But it’s not long before he discovers that freedom that’s based on a lie will only get him so far. While struggling to find his place in the world, he also wrestles within his heart to realize his faith. This faith is tested when his slave past catches up with him, and threatens everyone he cares for. He must decide whether slavery is the price he’s willing to pay for his family’s freedom.

Very powerful premise, Haley! How did you get your idea for “Living Half Free”?

This is going to sound cliche, but the idea came to me in a dream. However, I had just finished reading Puddinhead Wilson by Mark Twain. (A secret goal of mine is to read all of Mark Twain’s books.) Puddinhead Wilson is Mark Twain’s only tragedy and follows the lives of two boys who were switched at birth–one white and one a slave who was “imitation white.” This was the first story I had read about a slave passing as white. In my dream a beautiful Native American woman stood next to Zachariah and that sparked my story in a new direction.

How much time did you spend researching before you wrote the book?

I’ve been reading about this time period since the 5th grade. There were three things that I needed to research: the transportation of a coffle of slaves to market, work on a Mississippi steamboat, and life on the Cherokee reservation after the Trail of Tears. Research took me about eight weeks. Some of that time was spent waiting for requested books from the library ;)

Haley, would you say you have anything in common with your protagonist, Zachariah?

Good question. I’m always wondering what part of myself I infuse into my characters. Until I get to know someone I am on the shy side. I think we have that in common. I also have a strong connection with my family and strong spirituality.

Why were you drawn to writing historical fiction?

I have a quote from James Baldwin on my homepage: “People are trapped in history, and history is trapped in them.” I’m sure I was born with not only a pencil in my hand, but a love for history. I grew up on Little House on the Prairie books and John Wayne movies so that might have something to do with it. I do find facts comforting. Based on research, I can recreate the past instead of building a world from scratch.

Do you have any other projects in the works?

I can’t leave the characters in Living Half Free. They are still in my head and have more stories to tell. I am currently writing a collection of short stories that take place on the steamboat the Princess. I am also editing the first book in my Civil War trilogy. If you know me, you will know that I’ve been working on this series for five years. It is finally reaching completion. The first book will be available this summer.

Well, maybe you could comment after you see her picture and read her Bio with all her links—Whoot! 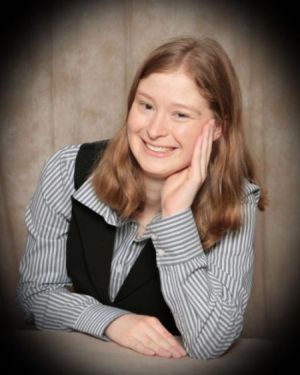 HALEY WHITEHALL has a B.A in history and has been fascinated with the Civil War era for as long as she can remember. She likes to write out of the box stories that feature an underdog. LIVING HALF FREE is her debut novel. Released February 29, the ebook can be found at Amazon, B&N, and Smashwords. Find out more about Haley through her website or connect with her on Twitter @HaleyWhitehall or Facebook.
~~~~~~~~~~~~~~~~~~~~~~~~~~~~~~~~~
Our Comment Link Is At The Top of The Post :-)
For Private Comments, Email: amzolt {at} gmail {dot} com